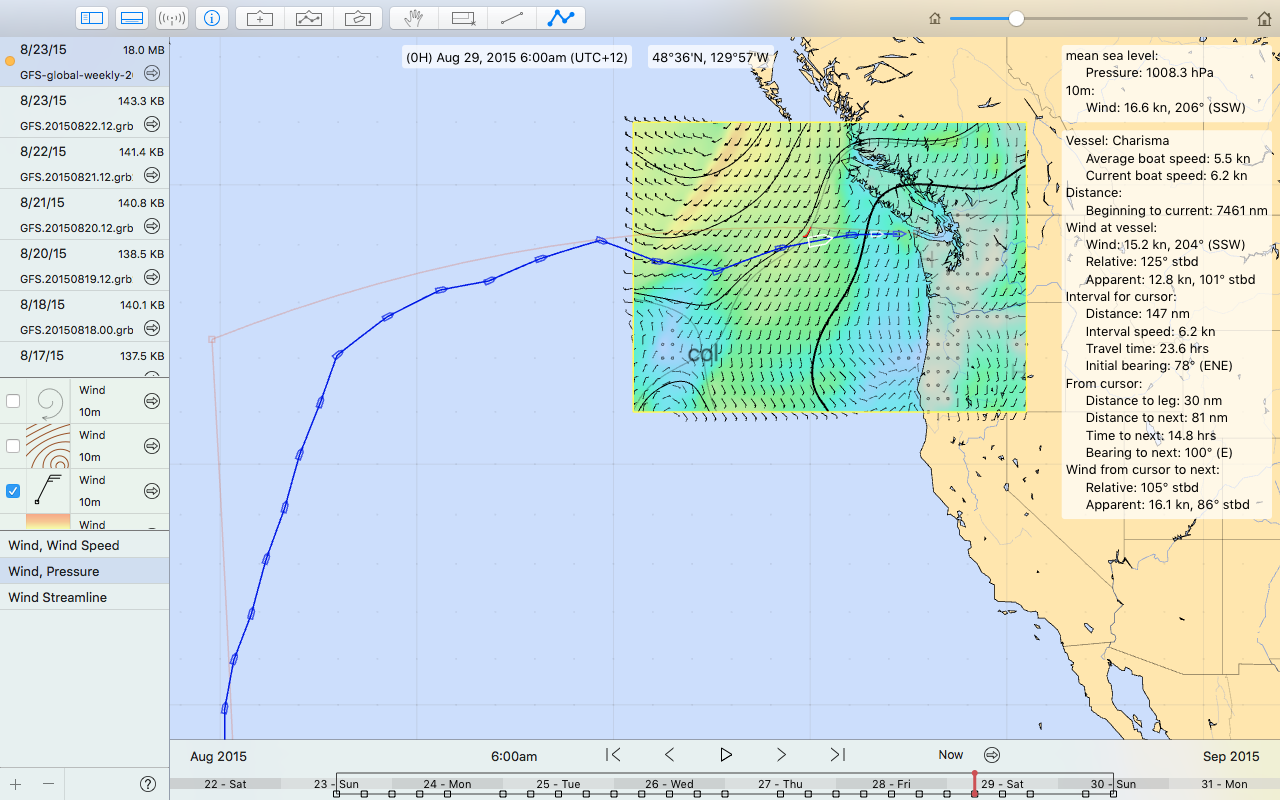 A new version of LuckGrib is now available.

The main focus of version 1.2 is the creation of a number of tools which support passage planning. This includes: departure planning, navigating through the weather while underway, and reviewing prior passages.

Using the new Points and Routes tool, you are able to explore planned passages in great detail. You can quickly see information such as: the wind at the vessel, including relative and apparent wind; distance to next route point; distance to end of route; estimates of the time remaining. There is also information available as you move the cursor around, similar to the Measure Distance tool, such as distance from cursor to route; relative and apparent wind at the cursor; along with other useful information.

These new features will let you reason about passage planning decisions, including: what weather can you expect if you depart on a certain date, or push the departure forward or back by a day or two; what apparent winds can you expect if you were to tack, while on passage, and what would that do to your positioning in future weather; along with many other scenarios.

The general philosophy is that these new tools can be used by you to help your making decisions. They do not try to automate this process, but they will allow you to see, both visually and by reading the numbers, what you may expect to experience while making the decisions needed on a passage.

When a passage is completed, you are able to go back and review both your path and the weather experienced at that point, quickly and easily.

In addition to the changes in support of Passage Planning, there has also been a number of changes in many other areas of the application. LuckGrib continues to be refined further, improving the experience you can expect to have while using it.

A short list of some of the other changes is:

Unfortunately, due to the use of some new technology in the latest version of the Mac operating system, this version of LuckGrib is only available on El Capitan, version 10.11.