The ECMWF, European Centre for Medium-Range Weather Forecasts, sometimes called the Euro model, has long been well respected, and by many, considered to be the (current) leading weather model world wide. Many sailors and meteorologists have wanted access to the ECMWF model.

On January 25th, 2020, ECMWF announced that they were expanding the range of data they are making available to the public. This new public data includes sea level pressure, 10m wind, 2m temperature, wave state, along with wind and height information at various pressure levels, for example: 850mb, 500mb and 250mb (the boundary layer, mid-atmosphere, and the jet stream.) All of this data has a resolution of 0.4 degrees.

Prior to this change, there was a public domain subset of the ECMWF data which provided sea level pressure, 850mb wind and 500mb height, at a 0.5 degree resolution.

This new data set should be interesting for sailors. Having access to surface wind and pressure allows this data to be used in evaluating ocean routes. This new data can also be used by the LuckGrib Weather Routing system.

In the announcement, ECMWF stated:

The plan is to expand open data in the future by adding more data.

It will be interesting to see how their public data evolves.

This is a welcome new addition to the data that sailors and meteorologists now have freely available to them.

Thank you to the ECMWF for making this new data available!

The Météo-France Arome model has been switched from the older 0.025° resolution version to the high-definition (HD) version, which has a resolution of 0.01°.

With this change, the domain of the model is larger, the resolution is better, however there are fewer parameters. Overall, I believe it is a good tradeoff.

Here is a comparison of the old and new domains for this model: 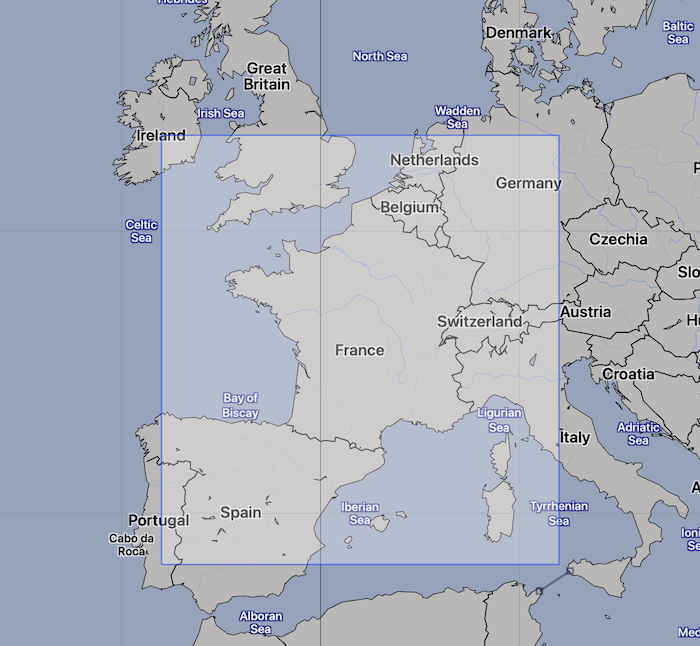 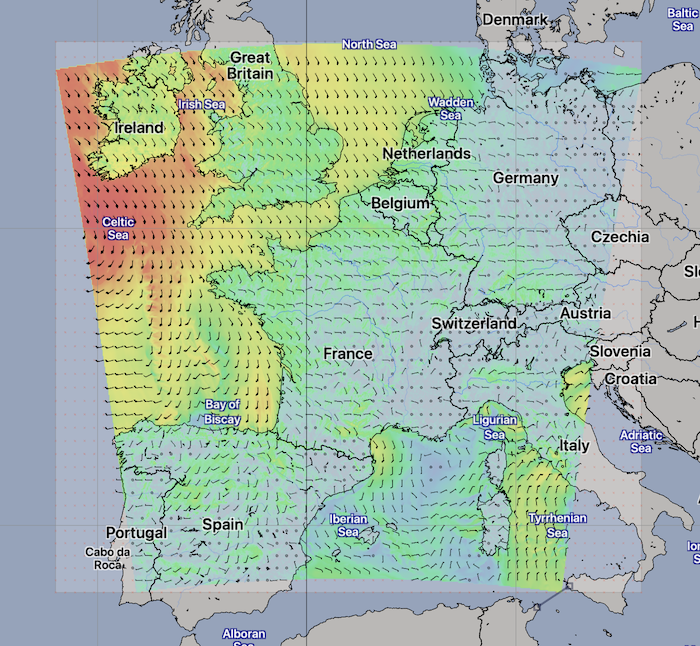 The DWD Icon-D2 now has additional forecast data available. The forecasts used to extend to 27 hours and now extend to 48.

The five NCOM models now have an extra data of forecast data. These models used to extend to three days, and now extend to four.

This is the grid used in the generation of the OFS San Francisco Bay data: 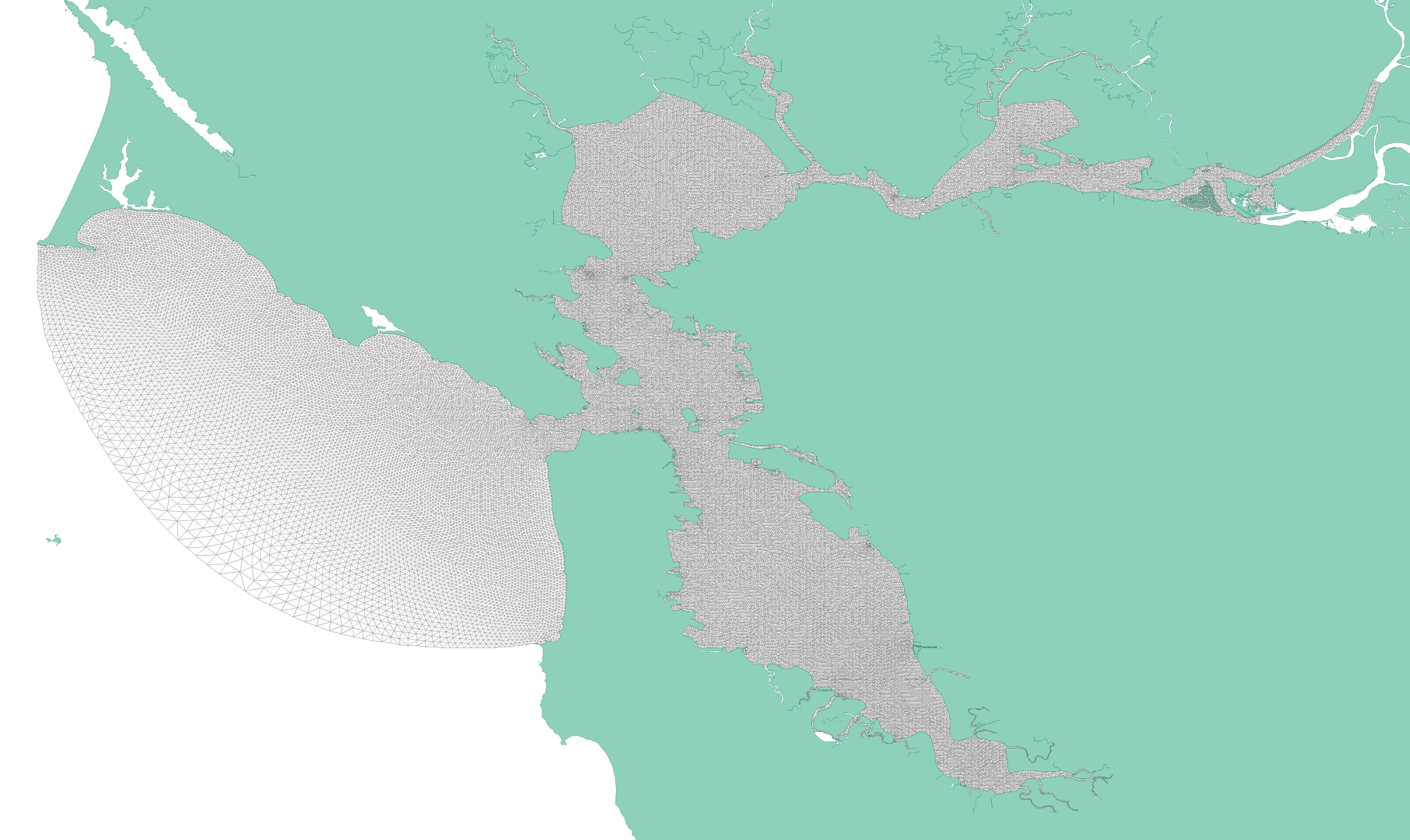 The grid above is resampled onto a 0.28 km grid. These models are run four times a day, generating forecast data every hour for 48 hours.

This model was first introduced several years ago, but was discontinued when its data could no longer be obtained reliably from the CMEMS servers. It turns out that there was a problem that has since been resolved.

The ASCAT satellite wind model is a valuable source of wind observations, globally, on all of the oceans and seas (and even large lakes, such as the Great Lakes in North America.)

This is not a forecast model, but rather, a record of what the winds were. This data can be extremely useful in verifying other forecast models.

There is much more information available at the ASCAT satellite wind page. model page.